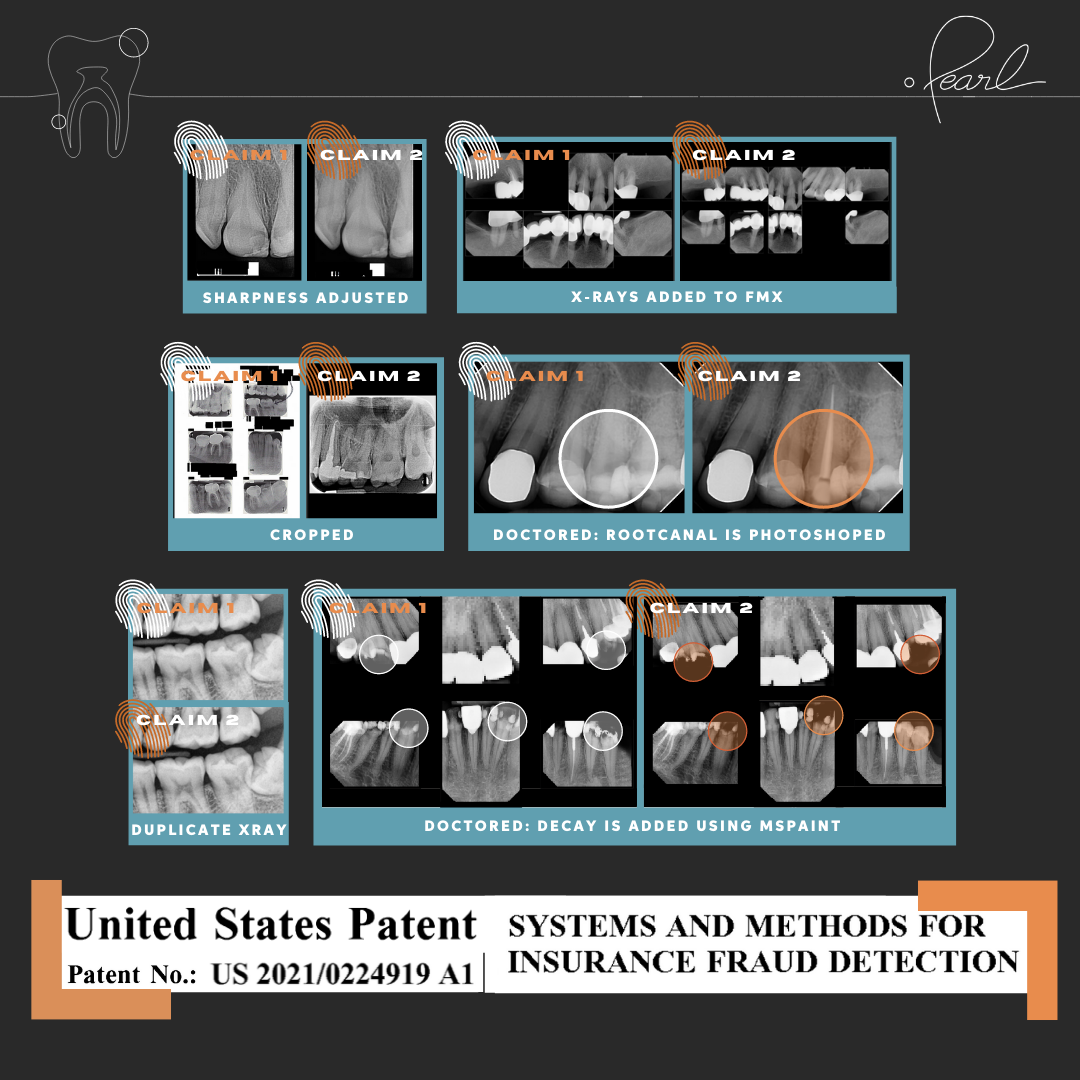 LOS ANGELES, Aug. 11, 2021 -- Pearl, the leader in AI solutions for efficiency, accuracy, and consistency in dental care, today announced that it has received a patent grant from the United States Patent Office covering the company's pioneering AI system for detecting fraud, waste, and abuse (FWA) in dental insurance claims. The patent -- U.S. Patent No. 62/962,828 entitled "Systems and Methods for Insurance Fraud Detection" -- is the fourth awarded to Pearl this year for machine learning innovations developed to elevate the dental healthcare industry.

"This patent validates the exceptional work of our machine learning engineers in overcoming a challenge that is quite distinct from the challenges they've mastered with our radiologic detection systems."

Pearl's patented system, which provides the technological underpinnings of its Pearl Protect solution, helps overcome what has long been an obstacle for dental insurance carriers. Each year, insurance carriers lose an estimated $12.5 billion -- 5 percent of the $250 billion that the insurance industry spends on dental care -- due to fraud and other irregularities in dental claim submissions. Until Pearl's introduction of a computer vision-based solution to this problem, carriers had to rely on imprecise statistical analytics and heuristic processes to limit FWA. The patent announced today covers a novel AI process that delivers a vastly more comprehensive and high-precision defense against FWA.

The challenge of combating FWA is multifaceted. With billions of annual claim submissions, the problem of examiner resources stands out: Given too few examiners to review every claim, a large portion of FWA will slip by unreviewed. But the trouble goes deeper than examiner resources. Even when an instance of FWA lands on an examiner's desk, there is little chance it will be detected.

"With resubmission fraud, the radiographic claims evidence is real, just from a previously approved claim or a different patient, Pearl CEO Ophir Tanz explained. "An examiner has no way of knowing it's FWA unless they remember seeing the evidence before. Considering the hundreds of carriers and billions of x-ray attachments, there's next-to-zero chance an examiner will have seen that radiograph––let alone remember seeing it. This makes FWA detection a problem of recall and information sharing as well as of examiner resources. Machine learning is the only viable means of tackling all three. We felt an obligation to patients, carriers and the majority of dental care providers unfairly tarnished by suspicions over the actions of a few rogue dentists to apply our machine learning expertise toward engineering a viable FWA abatement technology."

"This patent validates the exceptional work of our machine learning engineers in overcoming a challenge that is quite distinct from the challenges they've mastered with our radiologic detection systems," said Cambron Carter, Pearl's CTO. "It's one thing to teach a machine learning system to look for a finite set of relevant known quantities--decay, bone loss, etc. It's quite another to teach a system to look for an unlimited set of unknown quantities. The latter is a big data problem of the kind that only an expertly developed unsupervised learning AI system can solve. That's exactly the kind of system Pearl's patent covers and we're proud to have the originality of our invention recognized."

Over the past 6 months, Pearl has made major inroads in AI advancement and partnerships to support and elevate all facets of dentistry. These inroads have been codified with an assortment of patents awarded this year for technologies developed to improve the restoration fabrication workflow, assist in radiologic pathology detection, and automating insurance claims adjudication.